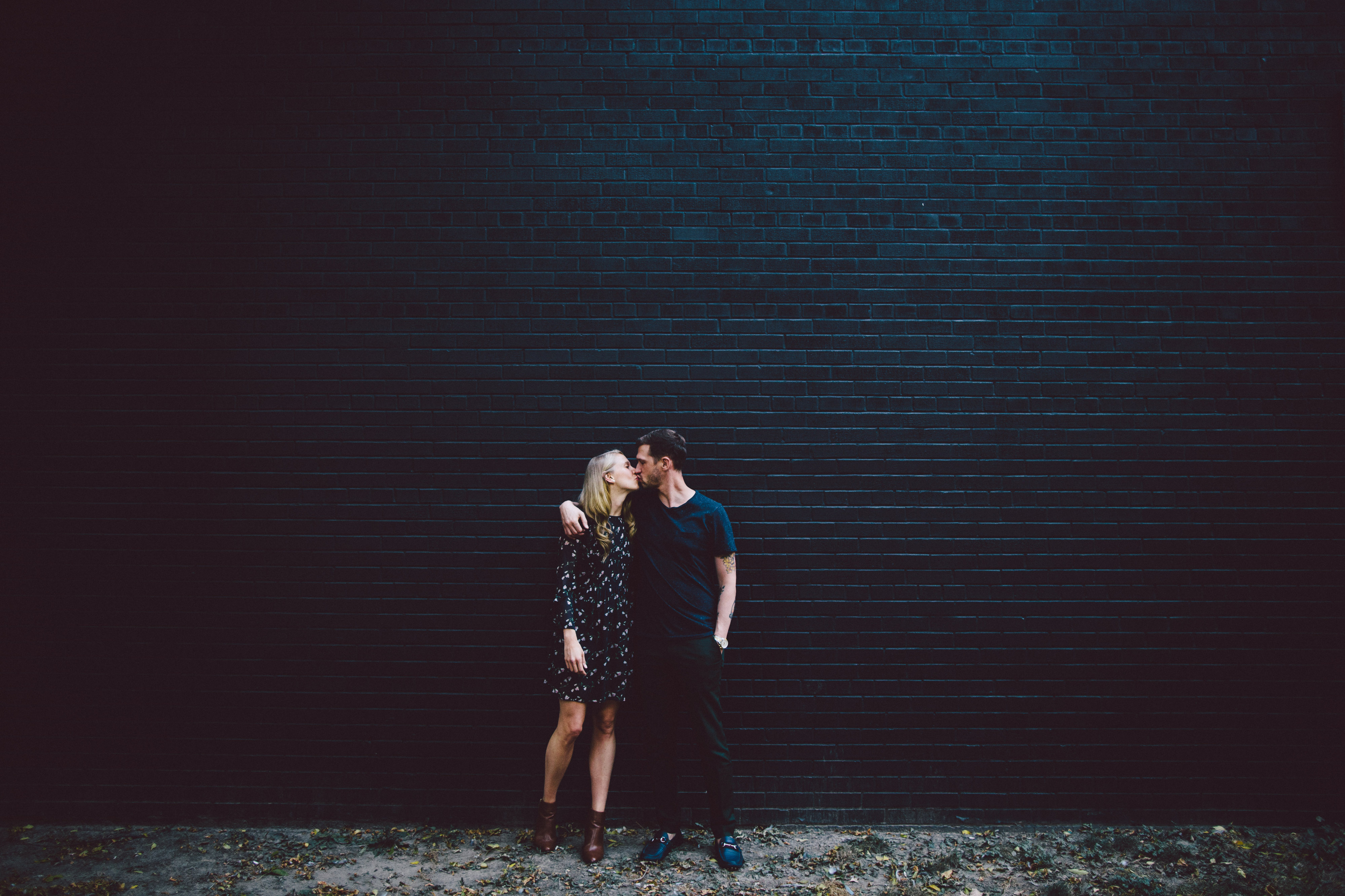 I received an email from Brianna last March, it stated that her wedding with Tristian would be Great Gatsby themed + would take place in Toronto. She had me at Gatsby. Their wedding was for the same year- so I was nervous it wouldn’t work schedule wise, but thankfully they were having a winter affair in November and everything aligned. For months I gushed about this couple/day to fellow photographer friends, and let me tell you- it didn’t disappoint. They held their reception at Windsor Arms Hotel and every detail worked with their moody 1920’s theme. I promise I’ll share more from their big day soon!

Getting to know these two over the past (almost) year has been a great experience. After corresponding for months, finally meeting them at their home in September was long awaited and such a pleasure. Their Toronto condo was filled with tall windows, the furniture and decor an extension of their personal style. They made coffee, snuggled on the couch, and showed me their killer view of the Toronto skyline. After a quick outfit change we adventured around their neighbourhood, scouting potential locations for wedding photos and taking the occasional picture. It was a wonderful evening that ended all too quickly but I have to say I’m pretty darn happy with how Brianna and Tristian’s engagement photos turned out. Shooting in their home and surrounding neighbourhood helped make for a laid back session, and capturing these two feeling comfortable and in love was all too easy.

After not only shooting these engagement photos, but also documenting their November wedding I can say with great certainty that Brianna + Tristian are two intelligent, adventurous and generous souls who have found each other and I wish nothing but the best for them. And I’m really hoping to capture more memories with these two for years to come- they are so fun to photograph.